On my website, I usually review products that are scams, not customer service issues. But the past five days have been the worst customer service experience of my life. No! Really! In my 62 years of life, I have never gone through the wringer in the manner that Comcast Xfinity customer service raked me over.

The beautiful part about owning my website is I can choose what I will write and display. I want to recount the story of my empty promises experience with Comcast Xfinity Customer Service.

I may not sway the world, but if I can help a few, then I have changed lives. 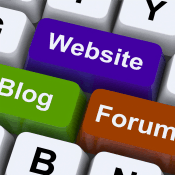 I began this post five days ago. I let it sit for a bit so I could calm down and accurately recount my experience.

The whole story begins on Aug 11, 2019. My husband and I sold our previous house and moved to Florida. I needed the internet up and functional the day I moved into my new home so I could manage my online business.

In light of this knowledge, I called Comcast on the 11th and requested service connection for Aug 15th. The man who set it up assured me I would have the internet on the 15th.

So off we went to our new home, and on the 15th a man did come to connect the internet. I was so happy. Everything was running smoothly.

I do understand that there are unfortunate events that will prevent things from happening. But it is how customer service deals with those events that will determine a happy consumer outcome or a nightmare that my husband and I were forced to endure.

I will list each customer service interaction in the order of which it took place.

The young man who came to our new home found all of the houses on the block were misconnected, which means that our house did not have fiberoptic cables running to it. They would need to lay cables for us to connect to the internet with Comcast Xfinity. He was very kind and did call the office. From the very start, the customer service representative on the phone did not know how to handle the situation properly and put all of the work on hold. The young guy tried to tell them not to put a hold on everything, but they would not listen. (My husband overheard the entire conversation.)

First Call To Customer Service On Day One The 15th

A couple of hours later when I had not heard back from Comcast, I called customer service. To get past the automated phone service was a task in itself. Each time I called, I could not speak to a person unless I repeatedly spoke the word “agent.”

The automated service is set up to answer all questions without bothering a real person, but she did not give me the options needed to handle my situation.

I eventually spoke with a very kind young lady who was concerned. She found the hold order and put in an expedited work order to have the cables laid on the 16th.

She so kindly gave me an iron-clad promise that the work order was in and all was good.

I expected to have the internet on the 16th.

On the 16th, no one came. I waited until the afternoon and again called customer service. I requested to speak with a supervisor.

I later learned that Comcast urges their agents to de-escalate a situation by themselves and therefore will not transfer a person to the supervisor no matter what.

So needless to say, I was not allowed to speak to a supervisor. I was becoming frantic because I was now going on two days without internet to manage my business.

To operate my business, I did what I could from my phone and let the other requirements go until I would have a connection.

The person on the phone tried to help me, but first I had to tell her everything and then she looked it all up and could not find the answer. Thirty minutes into the conversation, she transferred me to a supervisor.

He was not kind. He told me the person who submitted the work order from the day before did it wrong and laying the cables would not take place on the 16th. 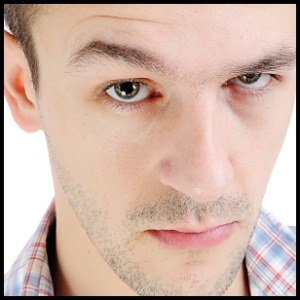 Frantic was no longer the proper word for how I felt. I had slipped into panic mode, thinking it would be 2 or 3 weeks before I could write for my business again.

However, he did assure me that he put in the proper ticket and all would be fine. He didn’t know when. When I told him, this was not good enough; he started to get snippy with me.

I was becoming agitated and reacting to his words rather than acting functionally. I am a calm matter of fact type of person.

In light of my actions, I decided to end the call rather than escalate.

Nothing On The 17th-August 17th

When the 17th rolled around, I was still upset and chose not to call Comcast because of the inability of their customer service personnel to help me.

The 18th And Nothing Happened-August 18th

On the 18th, when no one had come to lay the fiberoptic lines, I did call customer service again. I received the assistance of a very kind young lady who was surprised that my internet was not connected.

She told me that she and her supervisor were going to get to the bottom of the matter and call me back at 11:40.

I was excited to work with someone who wanted to help me. 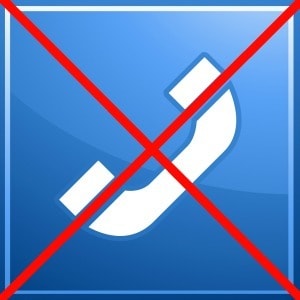 So at 1:16, I called Comcast back, and this time, the person did let me speak to a supervisor. The person was from the resolution department and said he would take care of everything. He was a kind man.

We talked for a long time. Each time I made a call to Comcast, it was at least 30-45 min long. He contacted the field workers and assured me they would contact me within 30 min to let me know what was going on.

Oh, I didn’t mention that the resolution representative told me the lines were already in the ground and ready for connection.

Thirty minutes later and no call from the field workers. One hour later and no return call. Just another empty promise!

I did receive a call from Comcast the evening of the 18th, but I missed the call. Immediately I called back reached a Spanish speaking lady who did not understand English, and I do not speak Spanish. I tried to explain to her that I had received a call. She kept repeating over and over, “I am so happy I can assist you in your needs today.” Then she would put me on hold. After about 15 min of this, I hung up while I was on hold.

She called me back, and we went through the same conversation until I believe I hung up again. Then a middle eastern man called me back and assured me someone was coming on the 19th to connect internet.

I told him there are no fiberoptic lines, and he continued to promise me I would have the internet the next day.

August 19th was the real moment of truth. I called back in the afternoon because a man did come to connect my internet, but there were no fiber optic cables to my house.

WHAT? I tried to tell them this, but they again made empty promises.

When I called, I spoke with another agent. This lady was the clencher. She was rude, talked to me like I was a child, and kept saying in slow, drawn-out words, “as I have told you before.”

I ended that 45-minute call, in tears when she said she had resolved the issue and would send someone out to lay the cables on Aug 26th.

I would have to wait another seven days without internet. 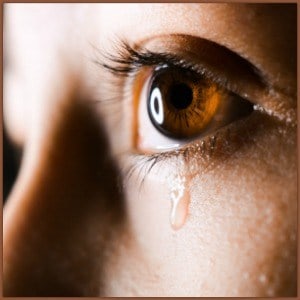 I then called Centurylink and scheduled a visit to set up internet on Aug 23rd.

On the evening of the 19th, I called Comcast to cancel the service set up for the 26th only to find out the previous customer agent set up services for the 21st and the 22nd.

I didn’t want to call and talk to them again after everything we had gone through, but we were afraid if a guy came to the house Comcast would charge us for a home visit connection fee.

Before I tell you how this story ends, I want to recap the nightmare.

On the 21st Comcast Xfinity did lay the cables.

On the 22nd Comcast did come to my home to connect the internet.

At the same time on the 22nd Century link also came to lay cables and we informed them Comcast was connecting at that moment.

On the 22nd, the two technicians did come to my house and connect the internet and TV. The young men who came to my home were kind and knowledgable. The will receive a 5-star rating from me.

It was not the technicians at the end of the day who had issues. It is the Comcast Xfinity customer service who do not know their right hand from the left hand. They dole out empty promises like candy and exhibit poor communication. 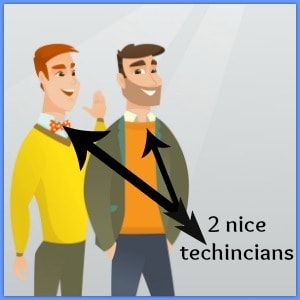 Most of the Comcast customer service personnel were kind and tried to help.

No matter how kind a person is if they lack knowledge in their field of expertise, they are not suitable for the company.

I have always said that when a company like Comcast Xfinity has such poor customer service, it has to come down from the top. What kind of company will allow their employees to lie and treat customers like dirt? What type of company will pay their personnel to destroy their customer base?

I tend to think that if a company that has a monopoly on a particular market, they may not feel a need to provide excellent customer service. I do not have statistics to back this up, so it is my opinion.

I repeatedly told each customer service representative that I need the internet to run my online business. I started to sound like a broken record.

I had no idea until Aug 15th that Comcast is the largest internet provider. Nor have I ever had such a clear picture of what entitles a giant company. Or instead what they think entitles them.

I am an affiliate marketer-learn how

Have you experienced this type of service from Comcast Xfinity customer service? What did you go through?

I would love to hear from you about your experience. Please leave all comments and questions in the comment section below.

Scroll back to top